Winnemucca, Nevada – February 8, 2022 – Paramount Gold Nevada Corp. (NYSE American: PZG) (“Paramount” or the “Company”) announced positive results from its first drill program at its Frost project located within trucking distance of the proposed Grassy Mountain Mine operation.
​​​​​​​
“We are pleased with the results of this initial program. We have encountered a robust gold system which could have the potential to generate significant tonnage of economic material,” said Glen Van Treek, Paramount’s President and Chief Operating Officer. “There is much more drilling to be done but these results confirm the presence of a gold system as indicated by our surface work.”
​​​​​​​
A total of 13 reverse circulation drill holes totaling 9,010 feet were completed to test targets based upon surface geology and sampling, along with ground and helicopter borne geophysical surveys. The drill plan was also designed to locate and test historical intercepts from drilling in the 1990’s which had significant gold values, however no records remain of the precise locations of the historic holes.
​​​​​​​

Several drill holes intersected significant gold grades over interesting intervals including a 5-foot sample with a gold grade of 14.4 g/t and shallow intercepts up to 70 feet averaging 1.04 g/t.
​​​​​​​

The high-grade intercepts are related to silicified structures that have been interpreted to have near vertical dips. Specifically, intercepts in holes 2, 3 and 13 are interpreted to be the same vertical structure where the gold grade is increasing with depth as evidenced from the 20-feet grading 2.48 g/t of gold at 170-foot depth, and 4.85 g/t of gold at a depth of 370 feet. See figure 1 which illustrates the intercepts along with the CSAMT line.
​​​​​​​
The initial drill program has provided Paramount with an increased understanding of the gold distribution. The orientation of the main mineralized zone and the increase in gold grade with depth will be key factors for defining a second, follow-up drilling phase. 3D modeling of the drilling, assays and geologic interpretation are ongoing. Results will be used for targeting a wider or more disseminated zone of mineralized material that can be mined and trucked to the proposed Grassy Mountain operation thus increasing the project’s overall mine life.
​​​​​​​

Based upon similar low sulfidation epithermal deposits around the world and Paramount’s experience with the Grassy Mountain and Sleeper projects, it is expected that the Frost veins will pinch and swell, changing in width dramatically along strike or at depth. The Company is pursuing evidence that these veins could be the lateral extension of a much larger mineralized zone.
​​​​​​​ 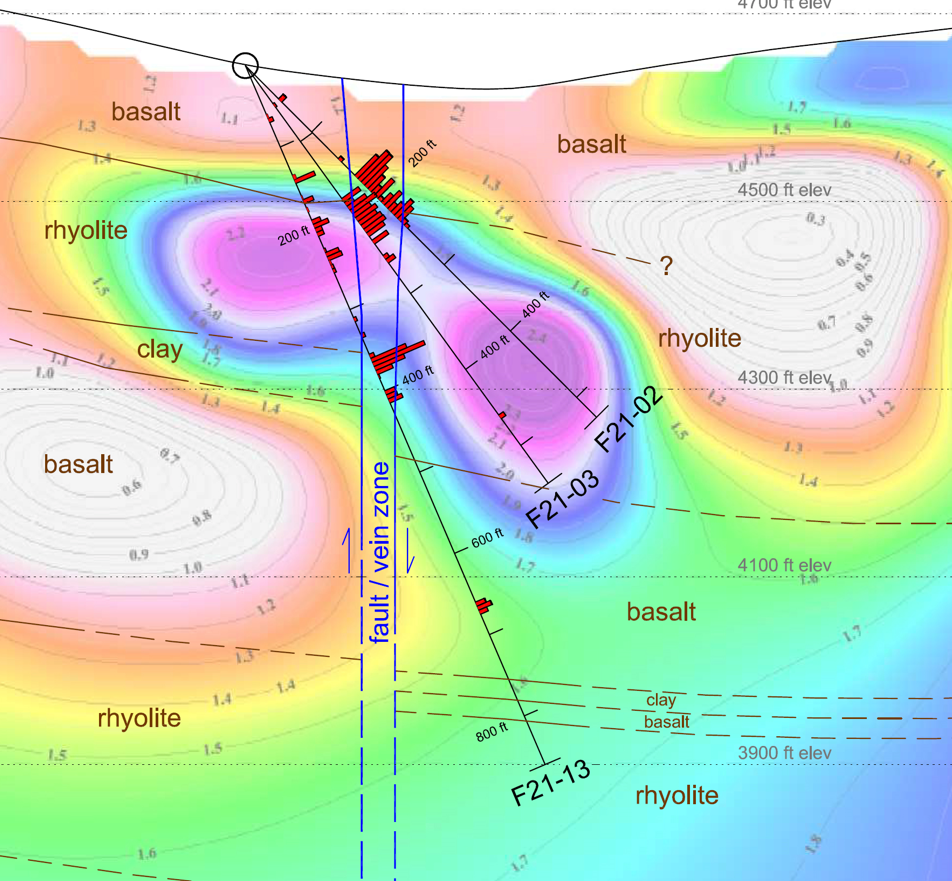 Figure 1: illustrates the intercepts along with the CSAMT line

About Paramount Gold Nevada Corp.
Paramount Gold Nevada Corp. is a U.S. based precious metals exploration and development company. Paramount’s strategy is to create shareholder value through exploring and developing its mineral properties and to realize this value for its shareholders in three ways: by selling its assets to established producers; entering joint ventures with producers for construction and operation; or constructing and operating mines for its own account.

​​​​​​​The Sleeper Gold Project is located in Northern Nevada, the world’s premier mining jurisdiction. The Sleeper Gold Project is host to a large gold deposit (over 4 million ounces of mineralized material) and the Company has completed and released a positive Preliminary Economic Assessment. With higher gold prices, Paramount has begun work to update and improve the economics of the Sleeper project and search for additional high-grade deposits similar to the former producer.
​​​​​​​
The newly acquired Bald Peak Project in Nevada, consists of approximately 2,260 acres. Detailed planning and U.S. Forest Service permitting of a first phase drill program at Bald Peak, is underway.
​​​​​​​

Exploration activities at Frost are conducted by Calico Resources USA Corp./Paramount Gold Nevada Corp. personnel under the supervision of Michael McGinnis (CPG 10914) Project Manager and a Qualified Person under National Instrument 43-101, who has reviewed and approved this release. A quality control/quality assurance protocol was employed for the drill program; including blank, duplicate and reference standards in every batch of assays.
​​​​​​​

Safe Harbor for Forward-Looking Statements
This release and related documents may include “forward-looking statements” and “forward-looking information” (collectively, “forward-looking statements”) pursuant to applicable United States and Canadian securities laws. Paramount’s future expectations, beliefs, goals, plans or prospects constitute forward-looking statements within the meaning of the United States Private Securities Litigation Reform Act of 1995 and other applicable securities laws.  Words such as “believes,” “plans,” “anticipates,” “expects,” “estimates” and similar expressions are intended to identify forward-looking statements, although these words may not be present in all forward-looking statements.  Forward-looking statements included in this news release include, without limitation, statements with respect to the use of proceeds from the Offerings. Forward-looking statements are based on the reasonable assumptions, estimates, analyses and opinions of management made in light of its experience and its perception of trends, current conditions and expected developments, as well as other factors that management believes to be relevant and reasonable in the circumstances at the date that such statements are made, but which may prove to be incorrect. Management believes that the assumptions and expectations reflected in such forward-looking statements are reasonable. Assumptions have been made regarding, among other things: the conclusions made in the feasibility study for the Grassy Mountain Gold Project (the “FS”); the quantity and grade of resources included in resource estimates; the accuracy and achievability of projections included in the FS; Paramount’s ability to carry on exploration and development activities, including construction; the timely receipt of required approvals and permits; the price of silver, gold and other metals; prices for key mining supplies, including labor costs and consumables, remaining consistent with current expectations; work meeting expectations and being consistent with estimates and plant, equipment and processes operating as anticipated. There are a number of important factors that could cause actual results or events to differ materially from those indicated by such forward-looking statements, including, but not limited to: uncertainties involving interpretation of drilling results; environmental matters; the ability to obtain required permitting; equipment breakdown or disruptions; additional financing requirements; the completion of a definitive feasibility study for the Grassy Mountain Gold Project; discrepancies between actual and estimated mineral reserves and mineral resources, between actual and estimated development and operating costs and between estimated and actual production; the global epidemics, pandemics, or other public health crises, including the novel coronavirus (COVID-19) global health pandemic, and the spread of other viruses or pathogens and the other factors described in Paramount’s disclosures as filed with the SEC and the Ontario, British Columbia and Alberta Securities Commissions.
​​​​​​​

Except as required by applicable law, Paramount disclaims any intention or obligation to update any forward-looking statements as a result of developments occurring after the date of this document.
​​​​​​​