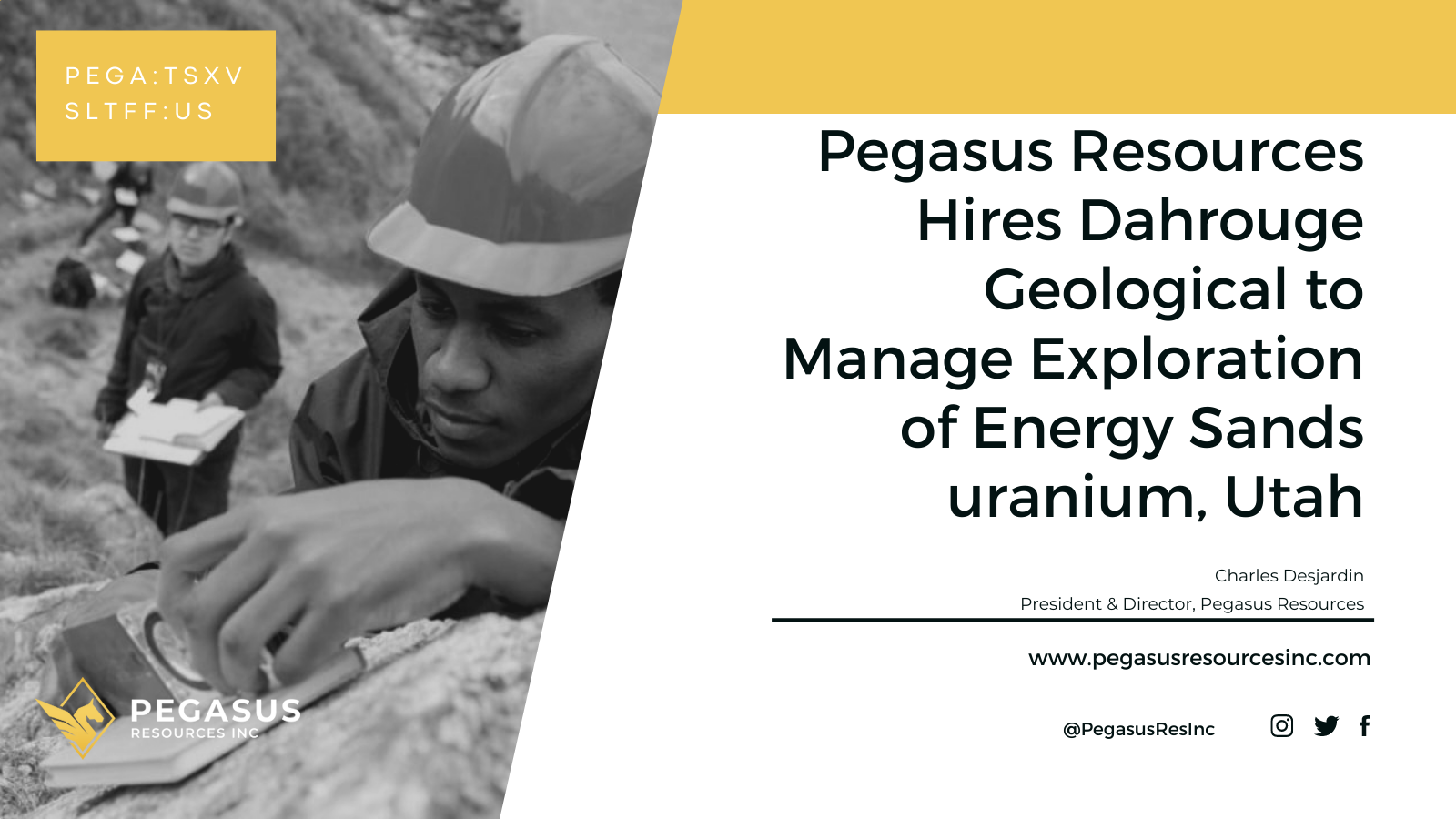 The Energy Sands Project (the “Property” or “Project”), is located in Emery County, Utah. The Project consists of sandstone-hosted uranium and vanadium mineralization with demonstrated potential to establish resources, with historical small-scale mining having occurred in two isolated regions of the Property.

Uranium mineralization on the Project is hosted within the Salt Wash Member of the Jurassic Morrison Formation. Mineralization within the Tidwell Mineral Belt of the San Rafael Uranium District is oriented in a series of roughly northeast trends. Individual mineralized bodies are tabular to lenticular with the long axis aligned along the trend.

Management cautions that past results or discoveries on adjacent properties (i.e. Rafael Uranium) may not necessarily be indicative to the presence of mineralization on the Company’s properties (i.e. Energy Sands).

A historical report, archived by the United Stated Geological Survey (USGS) outlines small-scale production of uranium by the Minerals Corporation of America, totalling 51.8 Tons at a grade of 0.373% U3O8 and 1.10% V2O5 occurred between 1953 and 1956 (Byers & Robertson, 1956).

The Company’s QP is not able to verify the amount and grades of the historical production.

In further news, Pegasus is continuing the permitting process for its Pine Channel uranium project located in the northern Athabasca Basin, Saskatchewan with a view to commence work shortly after receipt of permits.

The technical information contained in this news release has been reviewed by Neil McCallum B.Sc., P.Geo., of Dahrouge Geological Consulting, who is a “Qualified Person” as defined in NI 43-101.

Pegasus Resources Inc. is a diversified Junior Canadian Mineral Exploration Company with a focus on uranium, gold and base metal properties in North America. The Company is also actively pursuing the right opportunity in other resources to enhance shareholder value. For additional information please visit the Company at www.pegasusresourcesinc.com or contact Charles Desjardins at charles@pegasusresourcesinc.com.

On Behalf of the Board of Directors