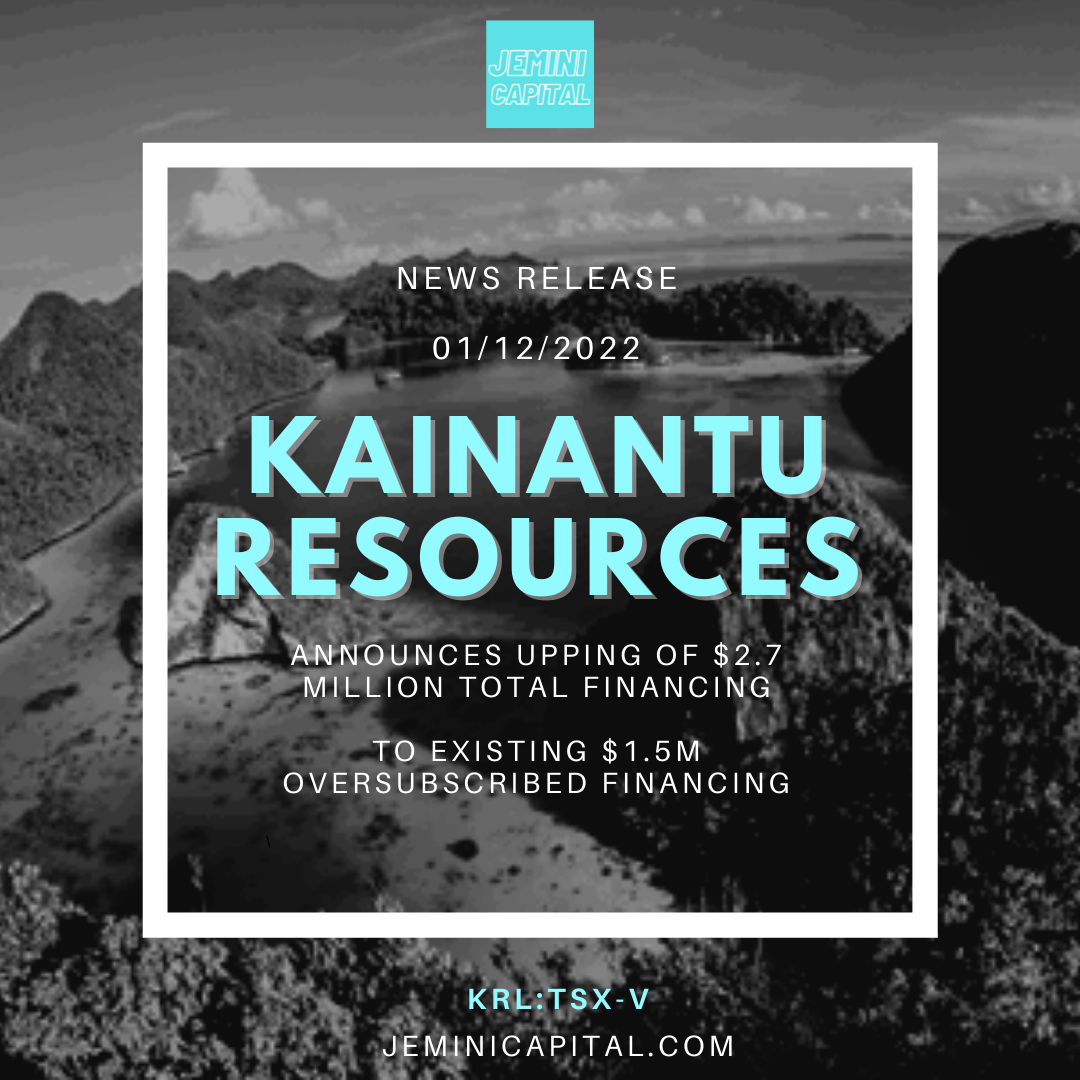 The net proceeds from the offering are intended to be used, but are not limited to, exploration programs at KRL North and KRL South leading to delineation of drilling targets, sampling and technical reports for the May River project, and general working capital purposes.

A second and final tranche of the offering of up to an additional approximately $1-million is expected to close on or before Jan. 24, 2022.

Completion of the offering is subject to certain conditions including, but not limited to, the receipt of all necessary regulatory approvals, including acceptance of the TSX Venture Exchange.

In connection with the offering, the company may pay finder’s fees to certain finders, which fees would be a cash payment equal to 6 per cent of the gross proceeds raised by purchasers introduced by such finders, and the issuance of non-transferable compensation warrants equal to 6 per cent of the number of units purchased by purchasers introduced by such finders. Each such compensation warrant will be exercisable for one common share at an exercise price of 36 cents per common share at any time prior up to 36 months following the closing date of the offering and will be issued on substantially the same terms and conditions as the warrants, except that the compensation warrants will not be subject to an acceleration clause.

All securities issued pursuant to the offering and as payment of any finder’s fees, including common shares issuable upon the exercise of warrants or compensation warrants, if any, will be subject to a hold period of four months and one day after the date of closing of the offering.

Kainantu is an Asia-Pacific-focused gold mining company with two highly prospective gold projects, KRL South and KRL North, in a premiere mining region, the high-grade Kainantu gold district of Papua New Guinea. Both of KRL’s projects show potential to host high-grade epithermal and porphyry mineralization, as seen elsewhere in the district. Kainantu has a highly experienced board and management team with a proven record of working together in the region; and an established in-country partner.